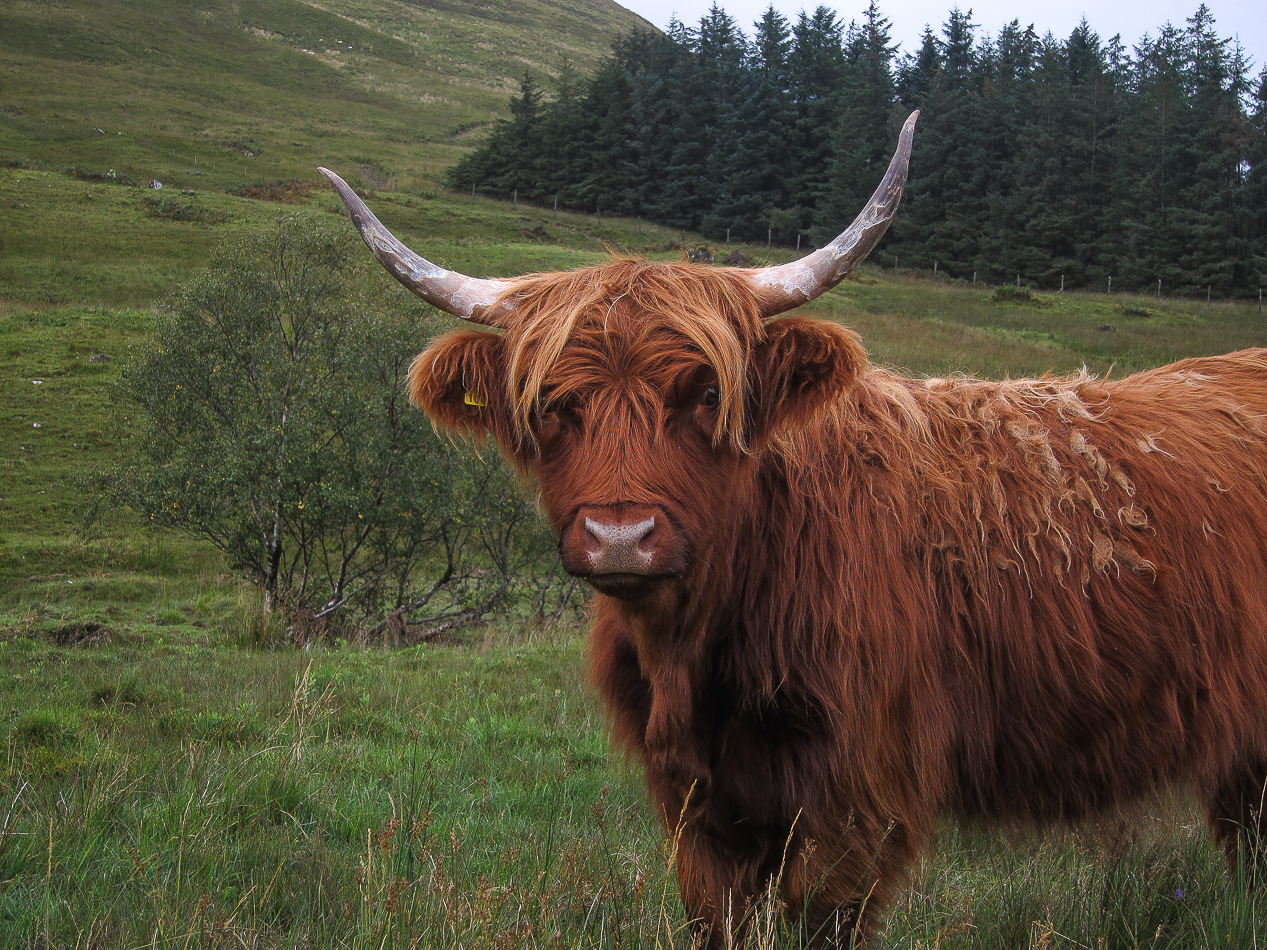 The Club weekend (13th to 16th September) to Mull was well attended and both walking and social members regaled many tales of their adventures. Some members arrived early on Friday and enjoyed a variety of what this Majestic Hebridean Island has to offer including a short extended Ferry journey on to Iona, a coastal walk to the Carsaig sea arches and a wild life photography course around Loch Scridain and Loch na Keal. There was an unbelievable amount of Wildlife recorded on the Carsaig walk but unfortunately not quite so much on the Photography course. The main centre for accommodation was based at the comfortable Salen Hotel and supplemented by other accommodation in the area.

On Saturday the planned high level route was abandoned in favour of a low level walk because of the forecasted high winds and rain showers and was replaced with a coastal walk around the Treshnish peninsula. This is a wild and rugged corner of the Island and was enhanced by the rough seas and huge rollers crashing on to the rocks around the shore.

On Sunday there was a marked improvement in the weather and several of the higher summits were conquered from a variety of different approaches. Two groups chose different routes to the summit of Mull's only Munro, Ben More, one group ascending a direct approach from Loch Na Keal and the second group completed a full traverse of the "horse shoe route". Two further groups climbed to the summit of Dun da Ghaoithe, a Corbett on the East side of the Island with one party making a direct ascent from Craignure and the second party a longer and more undulating route starting near Fishnish and ending at Craignure. The third mountain "captured" on the day was Bein Talaidh near the centre of Mull. This was again tackled from two different directions. One group chose the shorter sharp route from the south starting in Glen More and the second group the longer walk in along Glen Forsa before climbing tom the summit.

Interestingly there is a memorial at the foot of the mountain, formed from wreckage of the crashed plane, to servicemen who lost their lives in 1944 when a Dakota traveling from Canada to Prestwick crashed into the hill side when the pilot was disorientated in thick mist and a snowstorm. Surprisingly there were only 4 servicemen killed in the incident and the remainder survived and were eventually rescued.

As normal the groups all convened for a meal together on Saturday evening, where we were very well catered for at the Salen Hotel. Although the weather was not all it had been hoped for, there was still plenty drama and excitement on the walks. Some members extended their stay beyond Monday and planned to take part in an organised Beach clean. There were also planned trips to a Sea Eagle watch, Otter spotting and further Hillwalking.