Wet and Windy in Strathbraan. 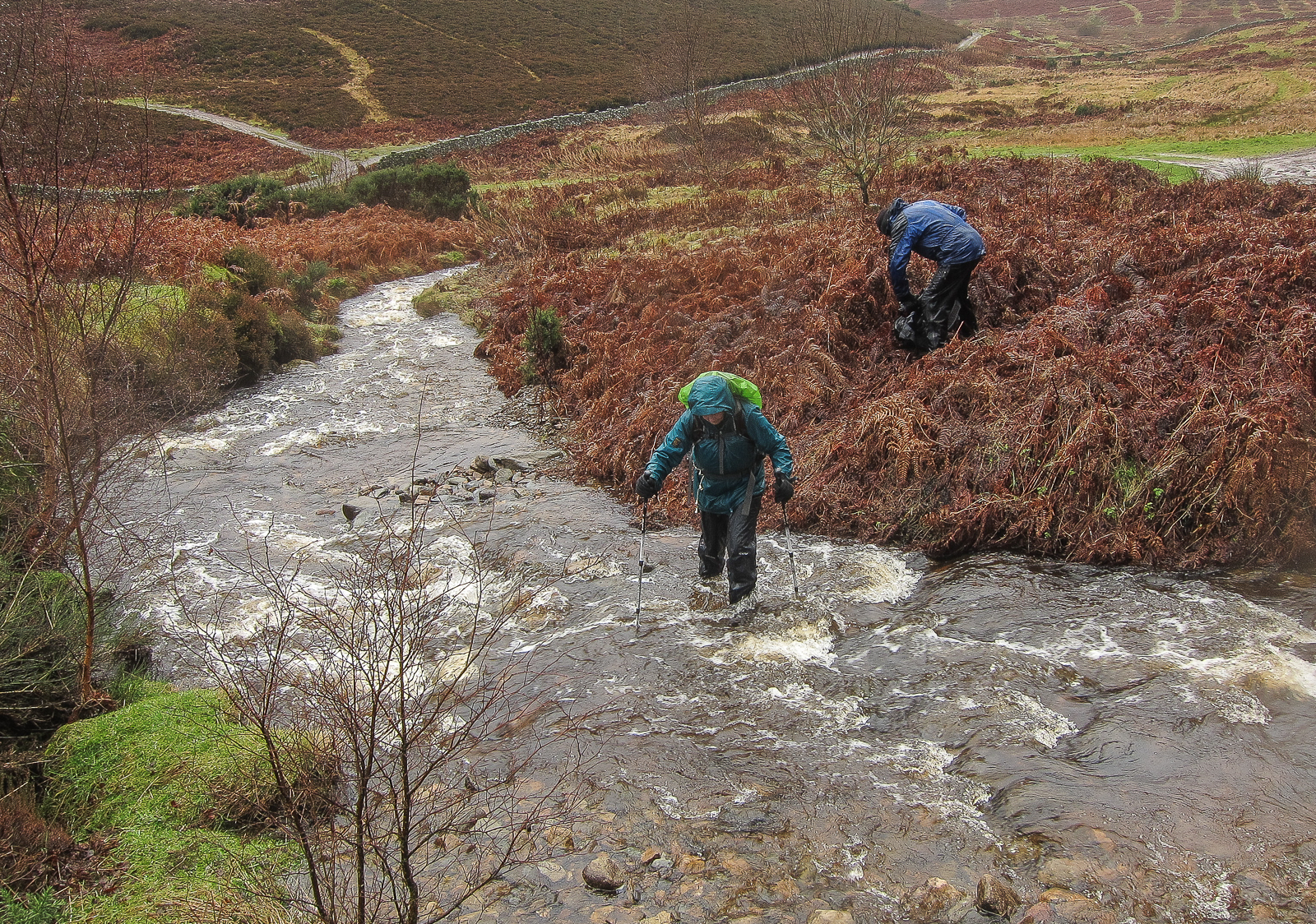 20 Hardy souls ventured out for the Christmas Walk on Sunday 8th December for a through walk from Strathbraan to Bankfoot. The group split in to two party's both starting from the A822 in Strathbraan.

The "B" group started at the Rumbling Bridge car park and headed south on a path leading to Glen Garr. A short detour was included to take in the summit of Obney Hill and back on to the track, and then south passing Upper Obney, Nether Obney and Garr before reaching their destination in Bankfoot.

The "A" party started further west at Dulator and followed paths and muddy tracks south and east through Little Glenshee. The route passed the scenic Loch Tullybelton and Glack before they too reached their destination in Bankfoot. Both walks started in bright sunshine ,but dark clouds soon caught up on the walkers and rain sleet and snow continued to fall persistently for the remainder of the day. There was a stiff wind driving the rain and luckily for both groups this was mainly from behind. The local rivers and burns were in spate and made for a trick burn crossing in Little Glenshee.

Both party's regrouped in Bankfoot and were warmly welcomed into the Bankfoot Inn where soup and mincemeat pies had been prepared and served in the cosy Inn. There was the traditional "decorated rucksack" competition, won by Brian Ruffhead and the Club draw resulted in Rhoda McKinnon being the first prize winner. A light hearted quiz followed and suitable festive prizes presented to the winners.

In all a good day out, even if there were a few wet feet and soggy bottoms!