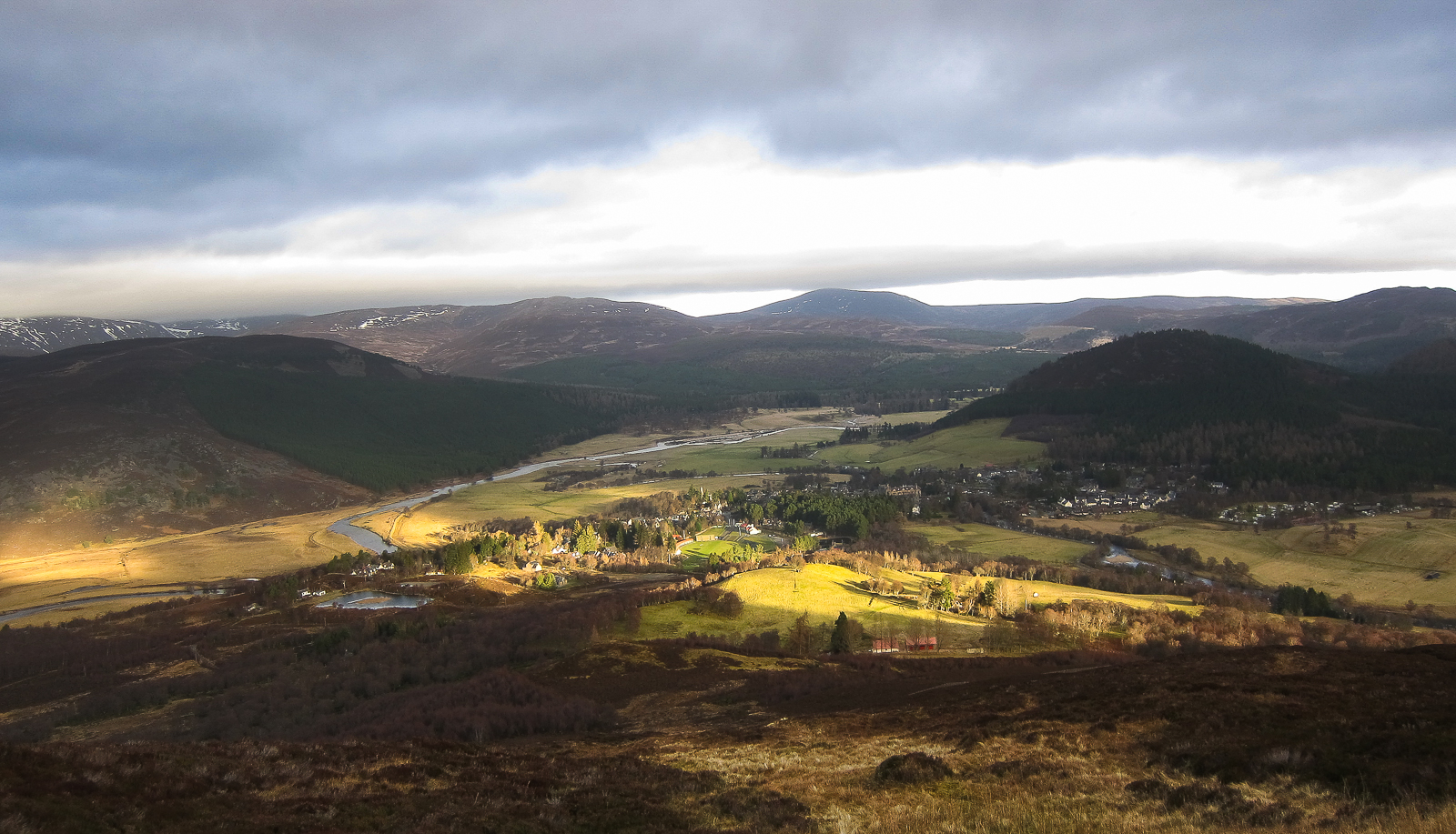 The BDHC Twixt meet this year was located in and around the Ballater and Royal Deeside area and was spread over three days, 27th - 29th December. Some of the 16 attending members had planned to include a walk en-route to Ballater on the 27th, but because of the inclement weather, thought better of it, and left the walking for the following two days. As it turned out the weather was better than expected with very little or no precipitation over the walking days.

On the 28th there were two main walking groups, with the larger group leaving from our base at the Deeside Inn in Ballater on foot and heading very briefly into Glenmuick to Bridge of Muick. From here the party then followed tracks and paths to reach higher ground and over grouse moors to the summits of Cairn Leuchan, Craig Vallich and Pannanich. From here the group descended back to Bridge of Muick and returned to Ballater.

The second group on the day travelled by car to the Spittal of Glenmuick and commenced their walk from the Visitor Information Centre. From here they headed West and gradually climbed to the summit of Conachcraig continuing over the Central and North tops before dropping down to the west and following a Land rover track back to Clais Rathadan and returned to the starting point at Spittal of Glenmuick. On both walks there was a strong cold wind, but there was no rain making for a fine day out in both areas.

Both groups re-united for refreshment before a fine meal was served in the Dining room at the Deeside Inn. The evening concluded with an informal , light-hearted and fun quiz in the Lounge.

On the 29th there was again two main walking groups with the larger group starting a low level forest walk at the old Military bridge at Invercauld and following several tracks through Ballochbuie Forest and returning back over the Invercauld bridge to their starting point.

The second group travelled to Braemar and started their walk in the Village following the Clunie Water south for 1km to the Braemar Golf Club. From here a steep ascent was made to the summit of Morrone (or Morven) where magnificent views were reported looking down on Braemar and along the Dee Valley. Glimpses of sunshine and a cloud base just above the local summits were accompanied by very strong, cold winds and again there was little or no precipitation. Apart from numerous Red Grouse on all walks and a flock of Chaffinches near the Golf Club, there was little else in the way of wildlife to report. The weather was much as forecasted and any lingering patches of snow were very small and easily avoided. Grateful thanks was extended to Terry and Elizabeth for organising the event and for finding such a pleasant and comfortable base for accommodation and for arranging the evening meal.