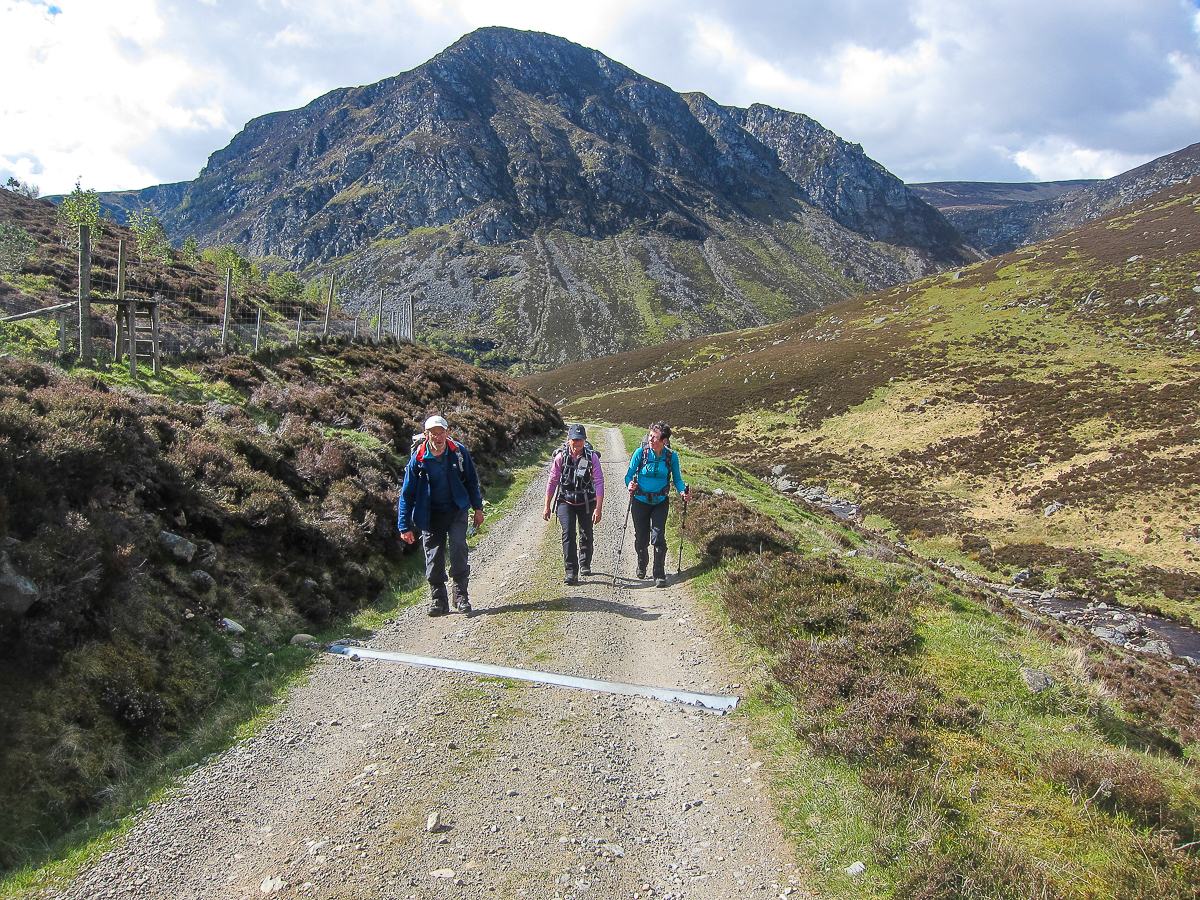 Another Great day out for 18 members and 1 visitor who attended the walk on Sunday 12th May. There were two groups who both started this through walk from Glen Esk and headed for Glen Clova. The first of these groups Started at Gleneffock and followed a path West heading for higher ground and on to East Cairn. From here they joined a path which headed over Muckle Cairn and Green Hill before dropping down to Loch Brandy and finishing at the Clova Hotel.

The Second group started at Invermark. Heading past the ruined Castle and the Old Kirk, with some very interesting ancient gravestones, this group then travelled the length of Loch Lee before heading into Glen Lee and rising steadily as the glen narrowed, eventually reaching the high plateau and the summits of Knowe of Lee, Wester Balloch, Wolf Hill, Benty Roads and the Snub. From here the walkers descended to Loch Brandy and finished at the Clova Hotel (for refreshment).

The weather was very favourable with no rain forecast, little or no wind and excellent visibility. Good views allowed for the far distant Lochnagar, and Mt Keen to be easily distinguished among may more hills. Some patches of snow remained, particularly around the Corrie rims but had no adverse effect on the walkers.There was an abundance of wild life recorded, namely sightings of many moorland birds including Red Grouse, Golden Plover, Green Sand Piper, Dotterel, Curley, Lapwing, Oyster Catcher and a spectacular sighting of an Osprey overhead in Glen Lee. There was also a Slow worm recorded on the track into Glen Lee.