Perfect day in the Pentlands 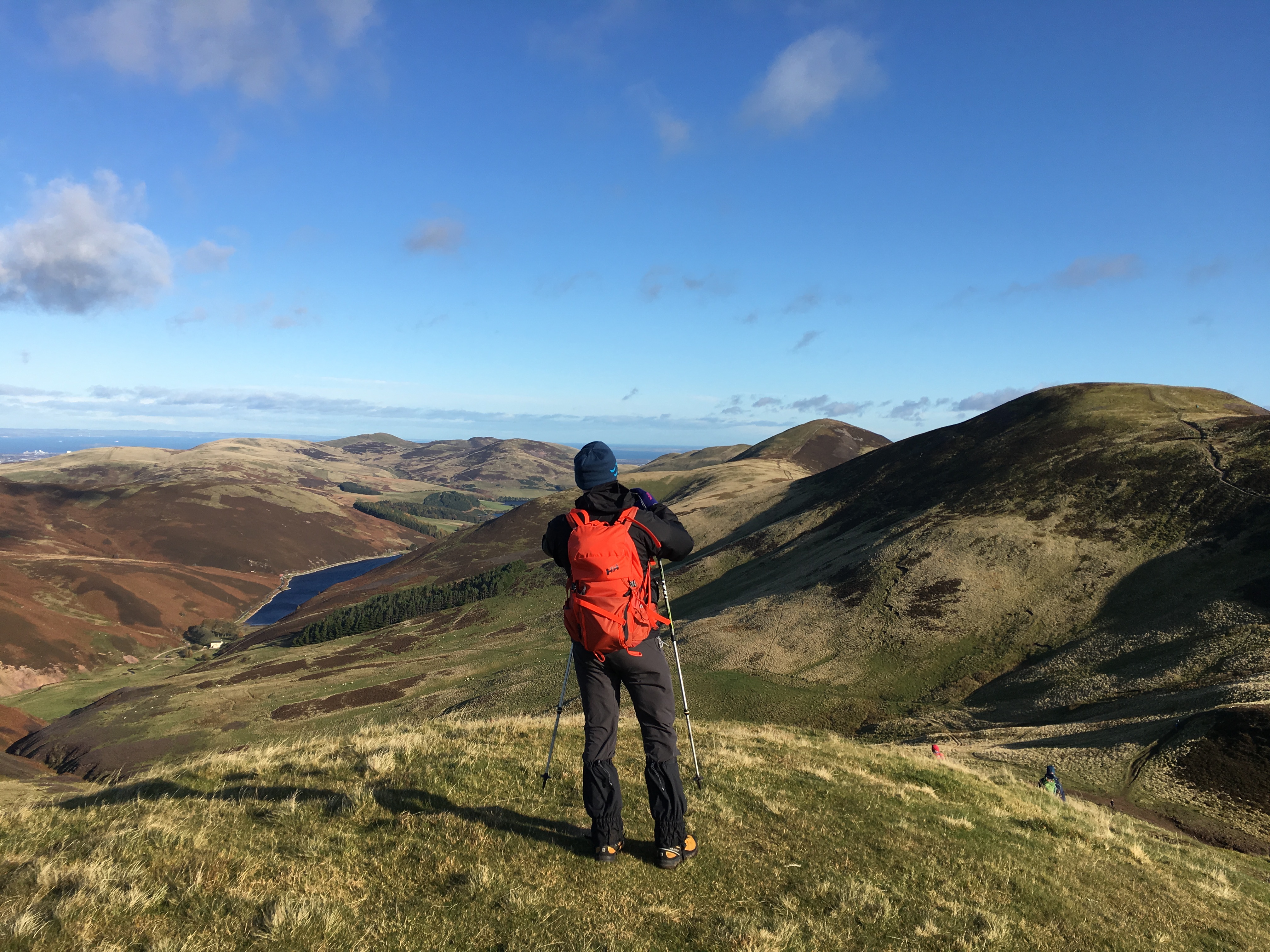 The Club walk on Sunday 27th October was held on a crisp Autumn day when 23 of our members, headed South to the Pentland Hills. Welcomed at Harlaw Farm in warm sunshine, although there was a significant wind chill from the Northwest, the members split into three walking groups all aiming to take advantage of the good weather to climb the local hills and enjoy panoramic views of the Forth Bridges and beyond.

The first group skirted Threipmuir Reservoir before heading South then East to climb, in turn, West Kip, East Kip, Scald Law, Carnethy Hill then Turnhouse Hill before descending to the outflow from Glencorse Reservoir, then North over Maiden's Cleugh and back to Harlaw Farm.

The visibility was superb in all directions over the City of Edinburgh to the Forth and beyond and South over the Moorfoot and Lammermuir Hills to the Cheviot on the Scotland/England border.