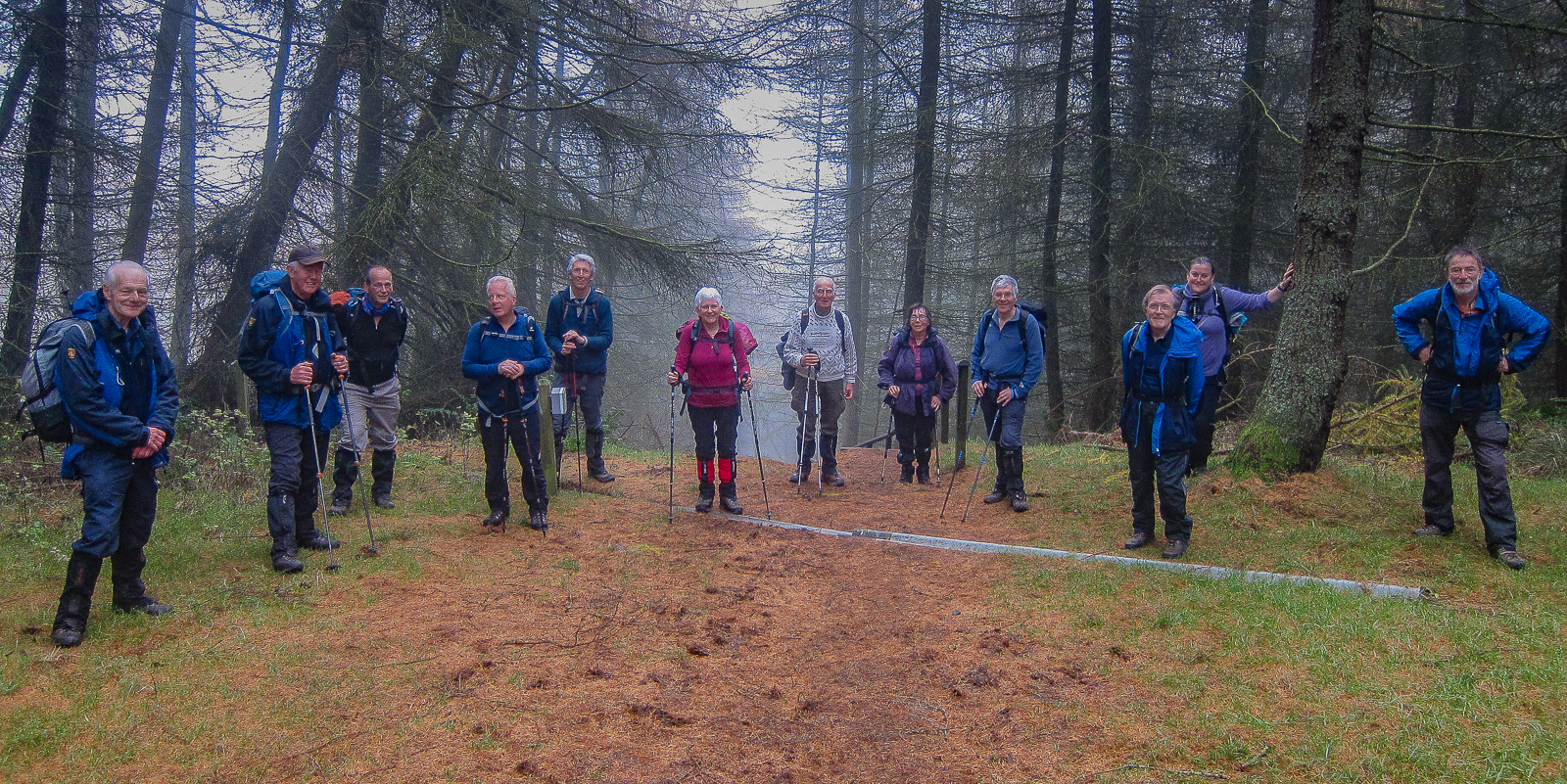 On a relatively mild but misty morning, members of the Club travelled to Falkland, in heart of Fife, for a Sunday walk planned for East and West Lomond. Parking was plentiful in the town centre and the walk began along the Streets of this ancient Village. The ascent on to East Lomond was via the recently upgraded path which was a relentless set of steps through the forest and on to the open hillside. Once on to open ground the mist thickened and by the time the summit of East Lomond was reached, visibility was disappointingly down to around 10m. The descent was west and dropped down to a large car park at the top of Maspie Den. The group stopped here for their morning cup of tea and took time to observe two minutes silence at 11:00am. At this point the rain started and became persistent and fairly heavy and it was decided to cut the main walk short and join the "B" group who had planned to return from here, back to Falkland via Maspie Den. Part of the Den track was closed due to repairs, but it did lead to an interesting return route passing through a pitch black tunnel, over and under bridges and passing The House of Falkland.

A return to the starting point along the small narrow streets gave an interesting view of some old and quaint cottages and the very Grand Falkland Palace. Perhaps a shorter than normal walk, but never the less a fine chance to stretch the legs and get some good Fife air in the lungs. Part of the group stopped to make use of busy little Coffee shop in the town centre before the homeward journey.