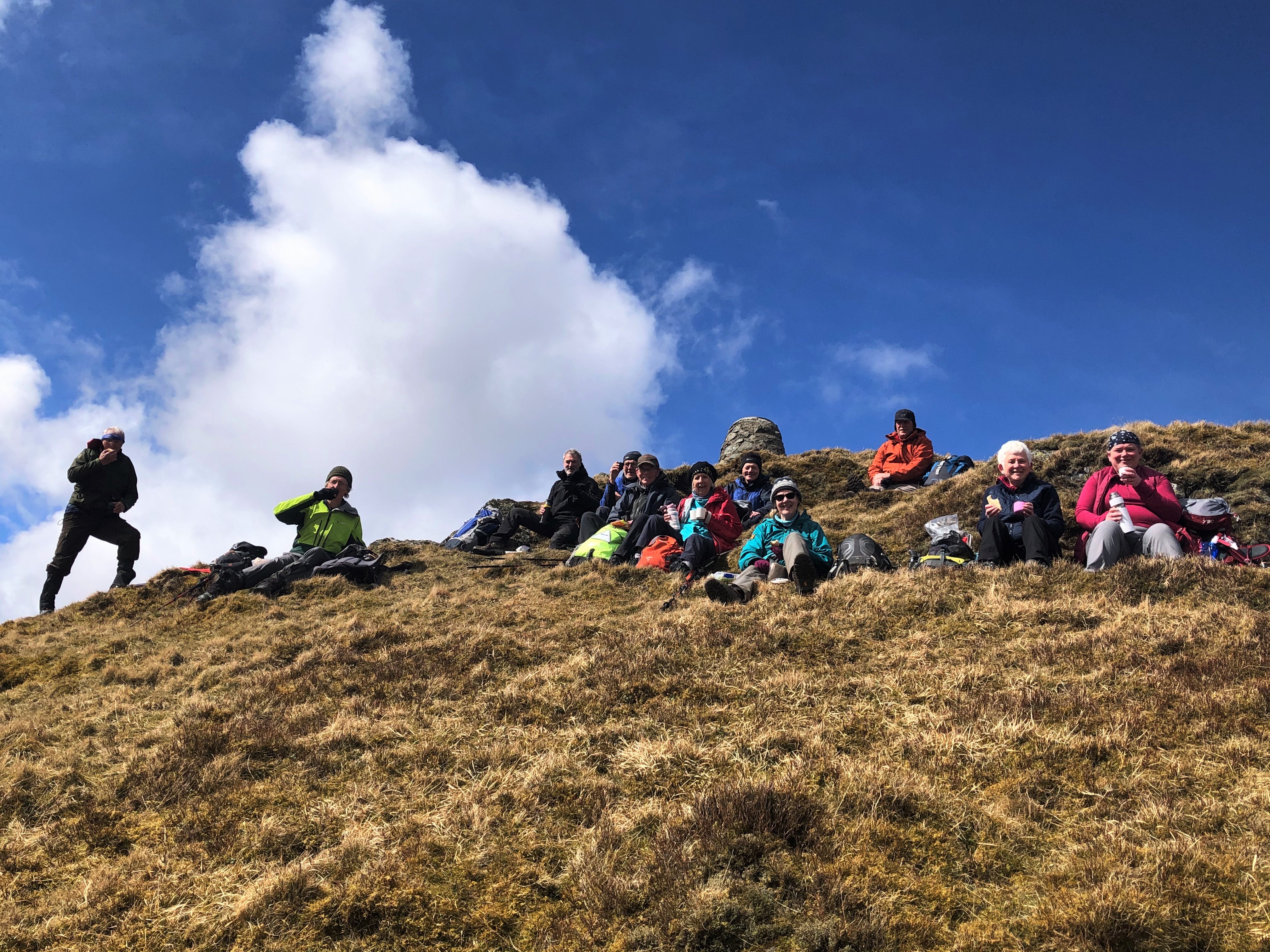 Because Scottish Government Guidelines still restrict travel and advise against leaving the Local Authority region one lives in, BDHC organised two walks for Sunday 11th April. The first of these walks was intended for the residents of Perth and Kinross Local Authority area and headed to Ben Vrackie. The second walk was arranged for the Angus contingent and this walk was held in and around Cortachy. The weather on both walks was splendid with warm sunshine in the sheltered spots, but a bitterly cold wind in the exposed areas. there was no precipitation, except for one or two very light flurries of snow, and visibility was excellent.

The Ben Vrackie walk started and finished in Moulin and headed by various routes to the summit of Ben Vrackie. The majority completed the A Walk as described on the walk sheet, two groups walked the B route and another group walked a modified route on their return leg. Everyone had a thoroughly enjoyable day, we could see snow showers in various parts but managed not to get caught in any. Wild life recorded on the route included a Red Squirrel in the car park, a lizard in the heather and Red grouse, meadow pipits and Larks.

The Angus walk started at the Cortachy Cemetery and followed path network tracks down to the River South Esk and crossed by the only remaining footbridge at the sawmill. The route continued through the mature Douglas fir, pine tree and Rhododendron lined river bank to Cortachy.

From here the route followed the road for a short distance then a track to Coiliamy and traversed around the south side of Mile Hill to Glackburn. From this point a path was followed through the pine forest to the Airlie Memorial Tower at the top of Tulloch Hill. The descent returned the walkers to the starting point at Cortachy Cemetery. There were Roe deer spotted at the start of the walk and the eerie sound of a Wood Pecker echoed through the trees.