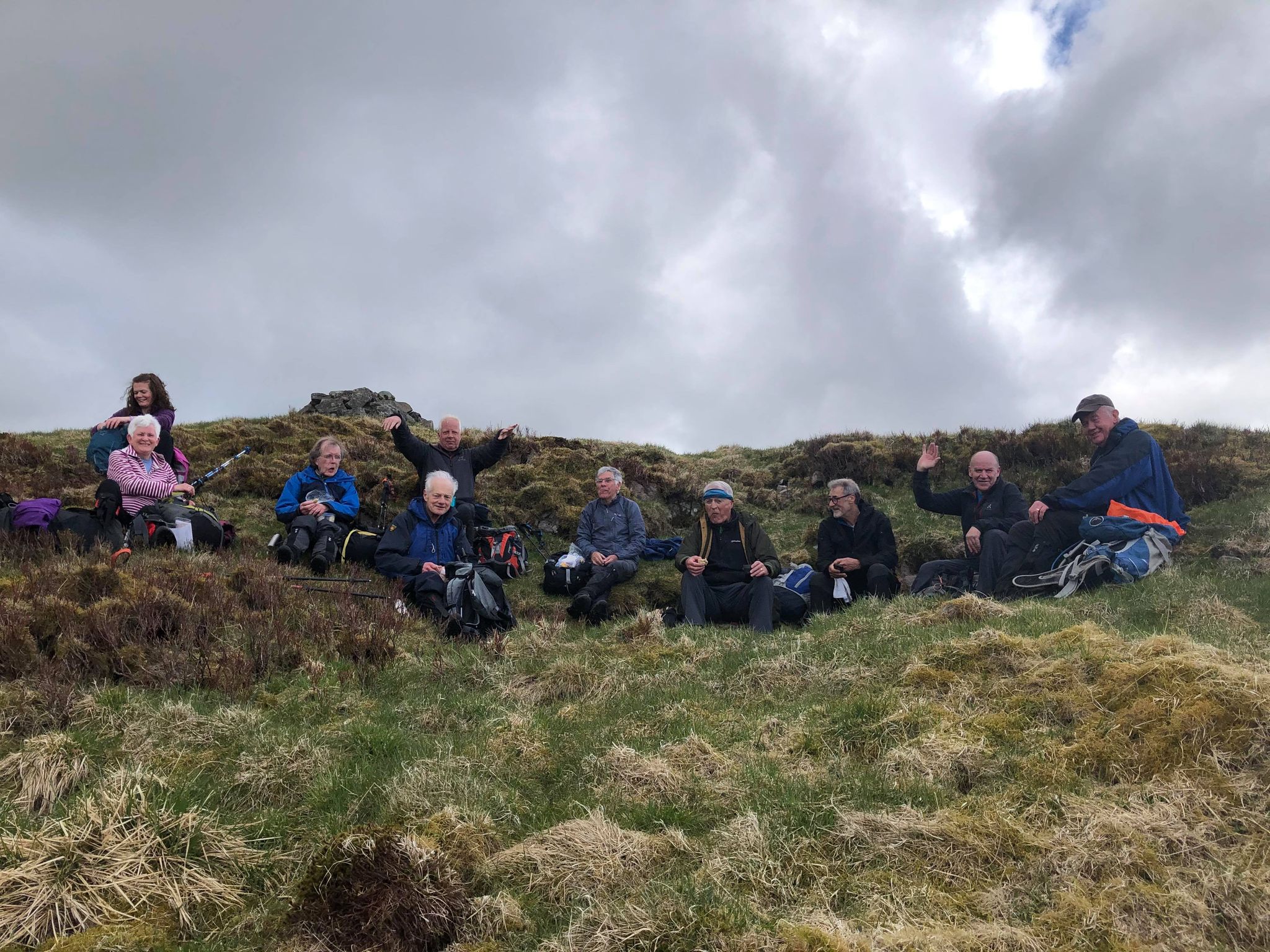 12 Members from the Club braved the unseasonable May weather and travelled to The Ochil Hills for a Club Walk on Sunday 23rd May. The starting point for the day was at the Glensherup Carpark near Glendevon. The route followed a forest track and path, weaving its way through the trees to a broad ridge and open countryside. The group crossed over Innerdownie, Whitewisp Hill and on to Tarmangie Hill. From here there were magnificent views south and several prominent landmarks could be identified, such as The Bass rock, Berwick Law, the three bridges over the Forth, Arthurs Seat and the Pentland Hills. To the north the views were not so clear with lower cloud obstructing the vista, but Ben Vorlich and Stac a' Chroin could be identified quite clearly.

From here the group traversed around the upper reaches of Glensherup heading back along a broad ridge over Scad Hill to Ben Shee. The descent followed a track through Woodland trust ground where there is a wide variety of broadleaf and Juniper covering the hill side, down to Glensherup Reservoir and returning to the starting point. A fine day out even though the weather was not the best, and having overcome a couple of light showers and a Hail storm, all who attended had an enjoyable day.