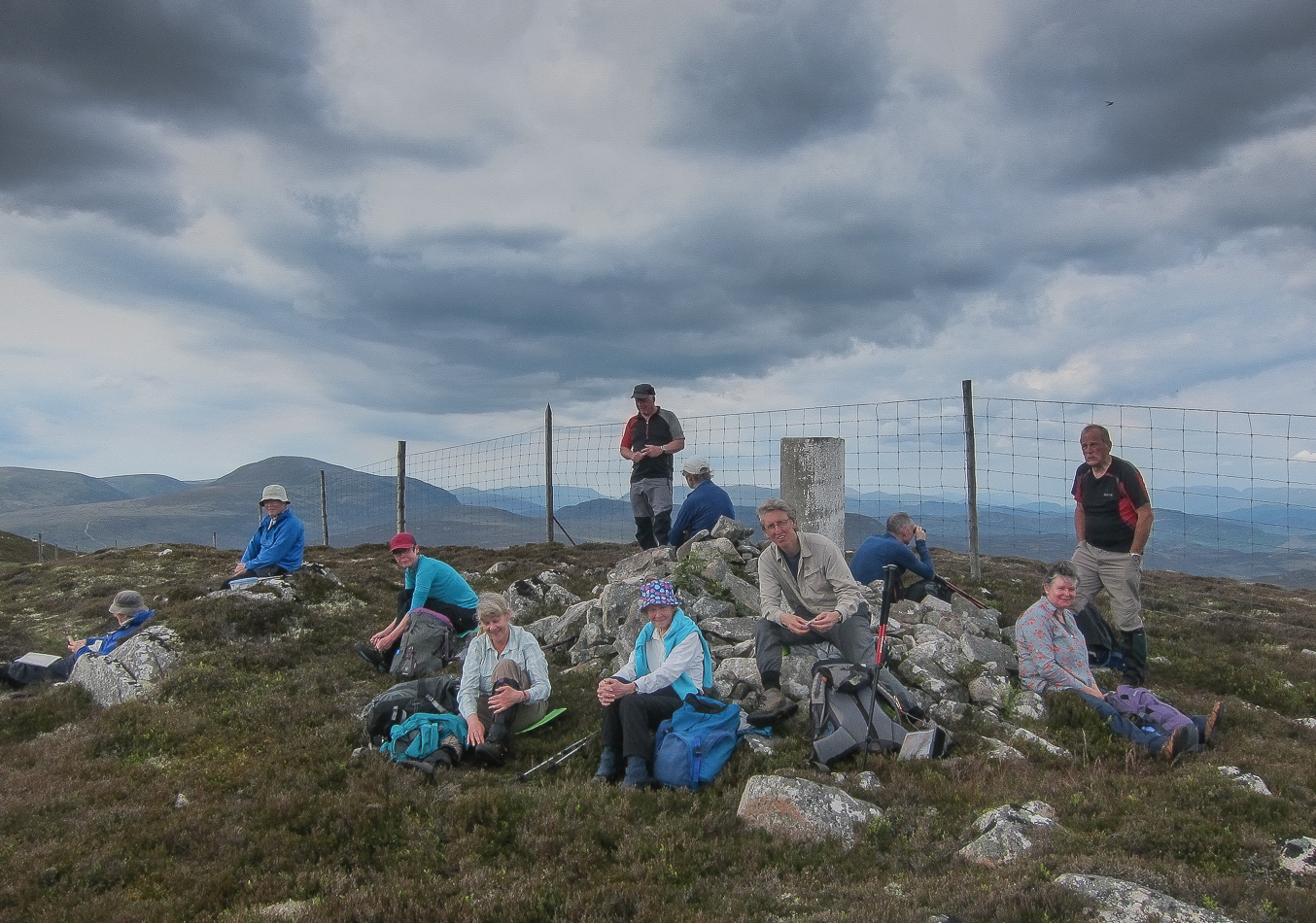 A smaller than normal turnout for our Club walk on Sunday 23rd June, but those who did attend were not disappointed with the walks. Because of parking restrictions at the starting point, transport to this venue was by members cars. The walks began and ended at Tromie Bridge, 4km east of Kingussie. The "A" and "B" walks started together and headed South into Glen Tromie. Following the main glen track for 2 km, both groups then ascended Croich la, which gave fine views down into the Glen below. From here they continued South with the "B" group breaking away and descending back down into the Glen and heading North back to Tromie Bridge. The "A" group remained at high level and continued over Clach mheal to reach the Corbett, Mealach Mhor. From here this group also descended into Glen Tromie and followed the glen north back to Tromie Bridge. The weather was warm and dry and only a light breeze on the summits.

Visibility was good and allowed for views east, over the Glen Feshie Hills as far as Cairn Toul and the Angel's Peak and west as far as Creag Meagaidh and some of the distant tops in the Grey Corries. There was a mixture of wildlife recorded, 2 Common lizards, several frogs of varying sizes, a Nuthatch was heard at the starting point and also Cuckoos serenaded the walkers up and down the Glen and by a pair of Ravens near the summit Mealach Mhor.