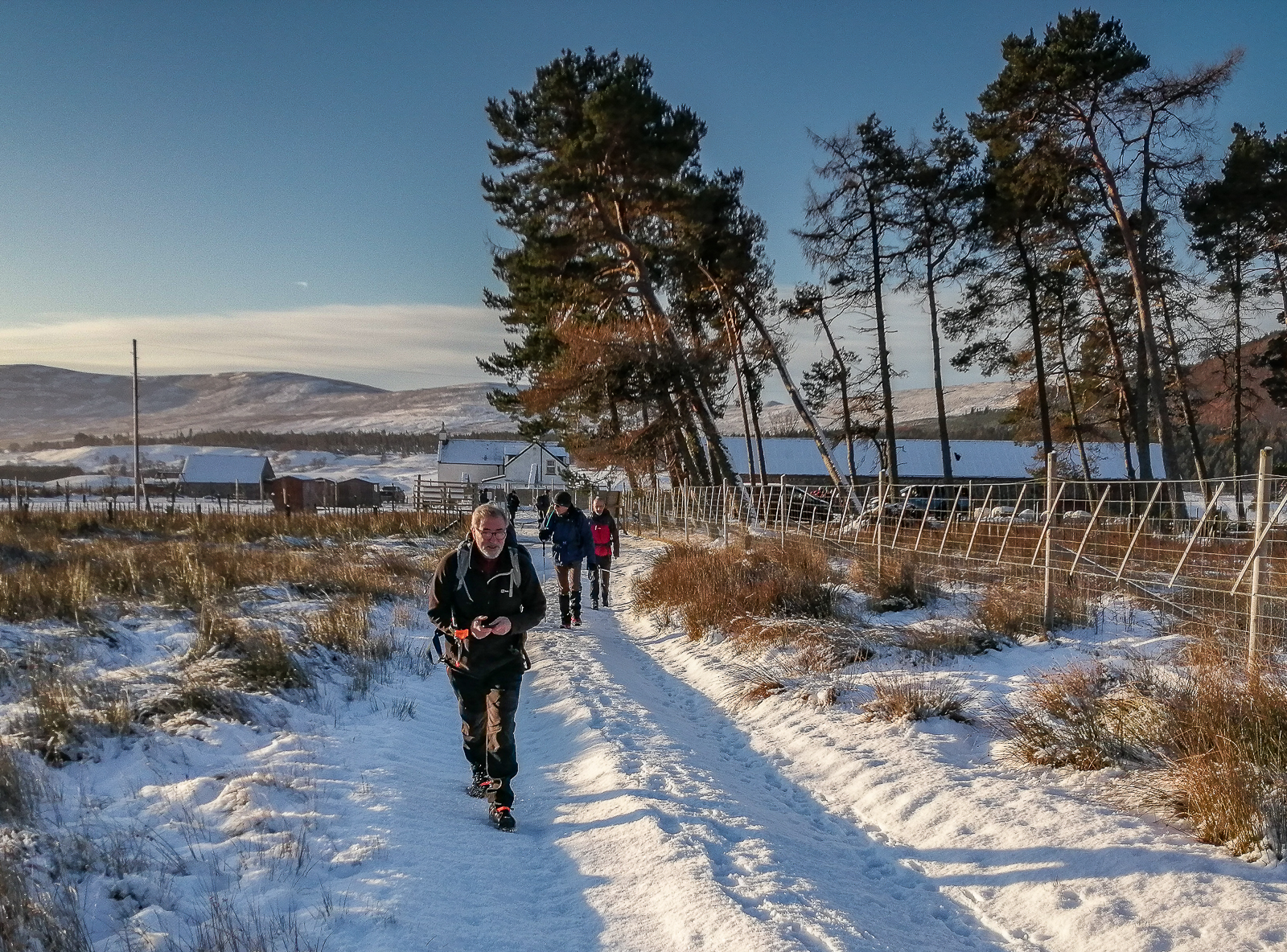 The first Club walk of 2022 was located around Loch Brandy and Loch Wharral in Glen Clova. The intended "A" walk was cancelled due to the after effects of Storm Arwen where there are still a large number of unsafe trees in the forest's.

The revised "A" walk was the planned "B" walk and started at Wheen. Heading north on the track towards Loch Wharral the weather was astonishing for January. Clear blue skies, warm sunshine and no wind. A light fall of recent snow made the conditions ideal. The group stopped at the bothy for elevenses and time to take in the beauty of the Loch.

From here the walk continued to Ben Tirran to the Goet. At this point a cloud of mist descended on the group and the temperature dropped sharply.

From the Goet the group followed the old Estate boundary, first to White Hill, then on to Green Hill.

From here most members descended on the East flank of Loch Brandy, but some opted to traverse around the Loch and down the Snub to end up at the Hotel.

Some members opted for a slightly shorter "B" walk and some completed the "C2 walk starting at the Clova Hotel up to Brandy and return to the Hotel.