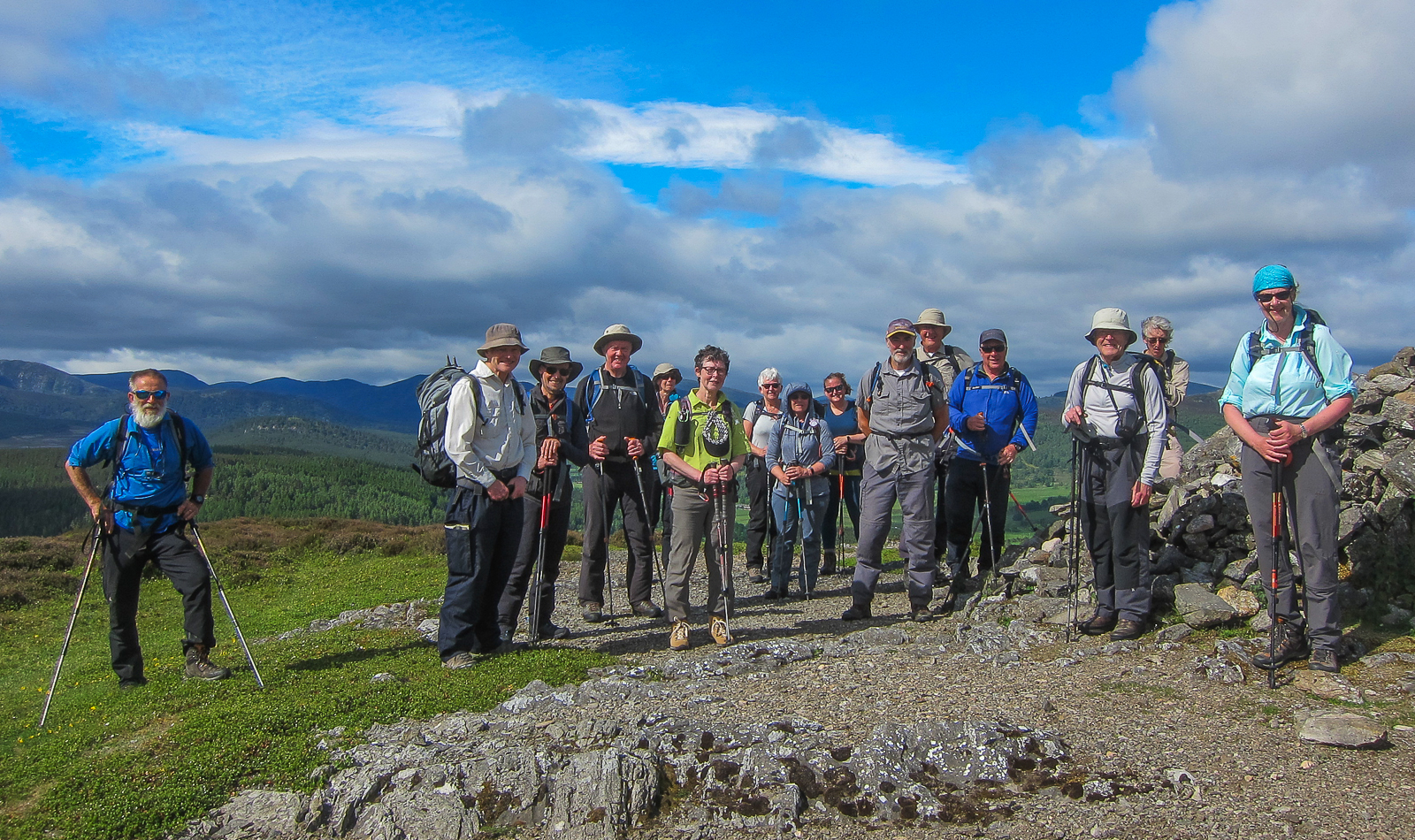 A pleasant summer day was spent near Crathie on Invercauld Estate, where a good turn out of members headed to the rarely visited "Graham" Geallaig Hill. Observing Covid guidelines, members once again travelled by private transport to the starting point in Crathie. The route took members up past Crathie Kirk and a steep assent through mature broad leaf trees and on to Creag a' Chlamhain.

From here they continued rising over The Maim to Geallaig Hill and the out lying top, Creag na Creiche. Some members dropped down into Glen Gairn, while others retraced the route of ascent back to the starting point. There was an abundance of flowers and plants noted and several sightings of Golden Plovers, Curlews, Lapwings, Red Grouse, an Osprey and a Buzzard. The weather remained kind and warm throughout the day. Some low cloud and showers could be seen circulating around Lochnagar but thankfully never reached Geallaig Hill..