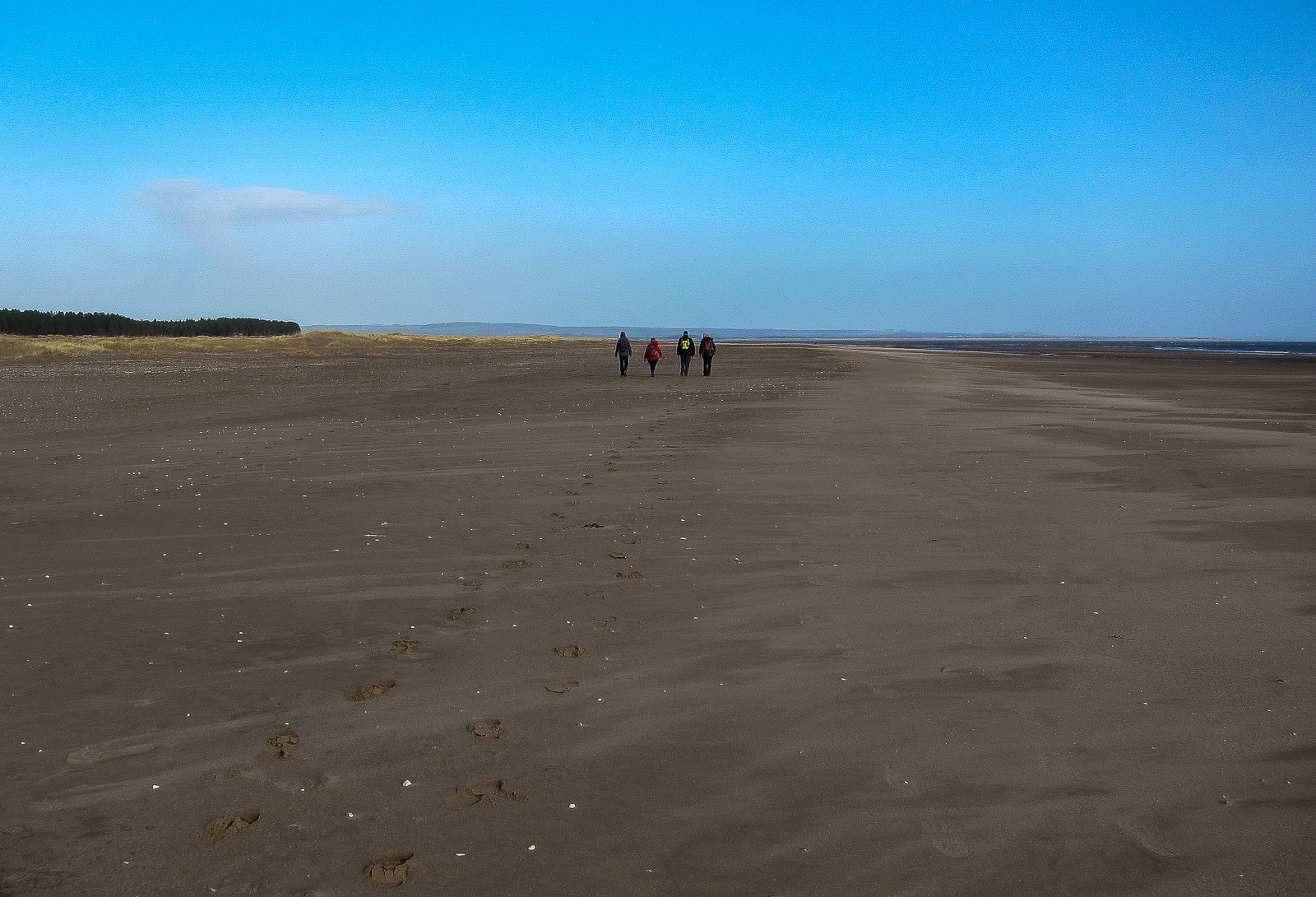 On Sunday 20th February there was a good turn out of members for a walk around the North East of Fife on part of the Fife Coastal Path. The walk started in the Village of Leuchars and finished at the Tay Road Bridge. The walk started close to St. Athernnase Church, a fine example of Norman Architecture, dating back to the 11th Century, and passed close by Earlshall Castle before skirting around the Military base at Leuchars. The walk then headed towards Tentsmuir Forrest via Kinshaldy Car park. A detour at this point was necessary due the devastating destruction caused by Storm Arwen and the huge number of fallen trees. The detour took the group out onto the beach and shelter was provided from the stiff breeze by what remains of the forest.

Morning break time was delayed to allow the walkers to reach the new pavilion erected by Nature Scot where we learned something of the local history from the many information boards. A further short detour was taken to visit the nearby Ice House which had been used to store salmon in former times which had been caught in the nets of the Tay Estuary.

From here the walk continued along the high water line rounding Tentsmuir Point and heading west to wards Tayport. A small colony of seals were spotted and many sea and coastal birds could be seen feeding in the mud flats of the Estuary. The group then passed through the Village of Tayport passing the picturesque harbours and many quaint buildings intermingled with many modern dwellings. The walk finished by following the Fife Coastal path to the Carpark and view point at the Tay road Bridge. From here there was a magnificent panoramic view of Dundee with a backdrop of the Sidlaw hills.