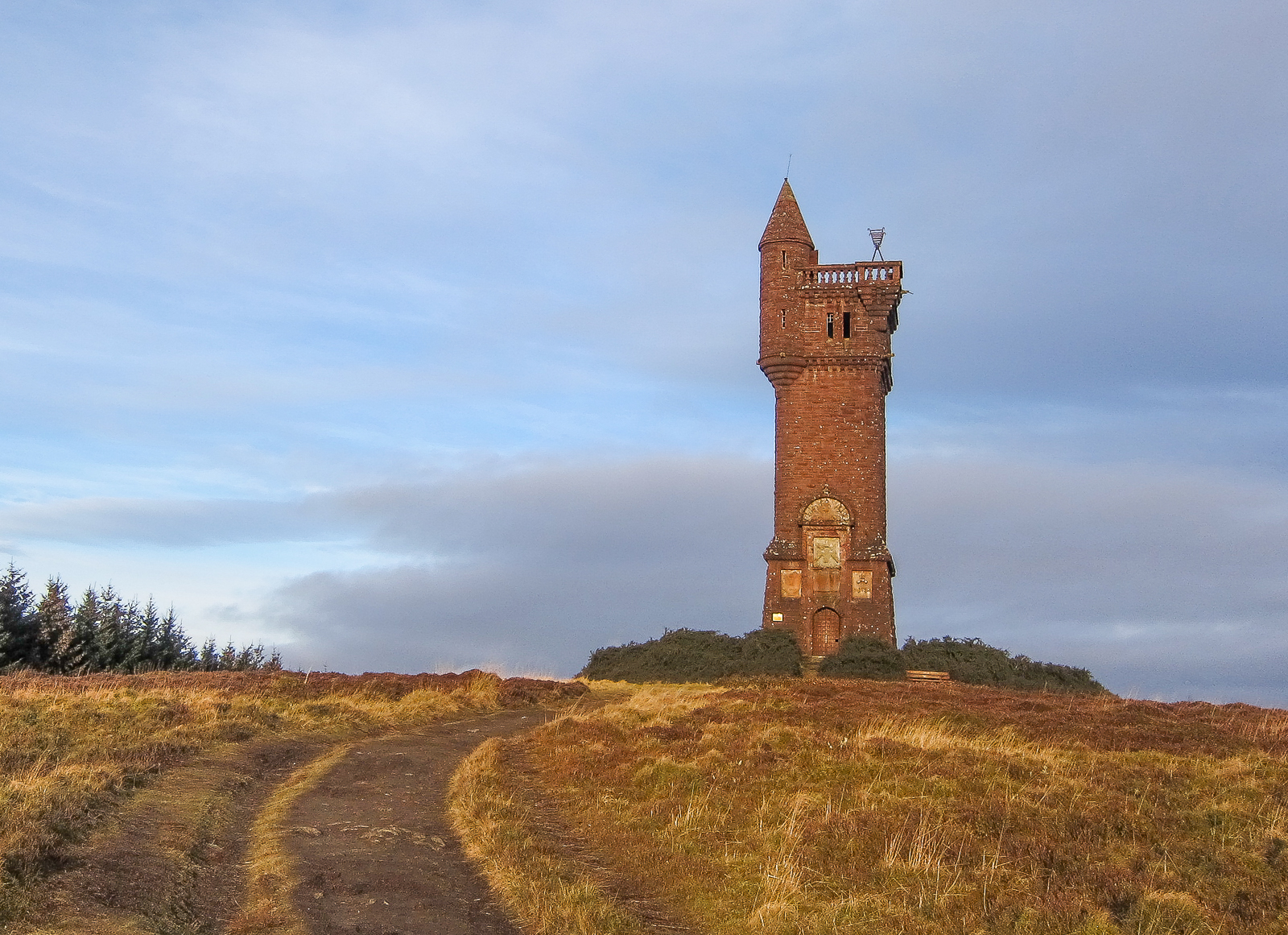 25 Members of the Club attended the first walk of 2020 and were treated to unseasonal weather conditions. The forecasted wind speed never materialised, there was virtually no precipitation and temperatures were above average, making this a pleasant day out.

The "A" group commenced their walk in the village of Dykehead and walked 2km west heading into Glen Prosen to the Scott/Wilson Memorial Sculpture, before leaving the road and following a track through the forest to the Airlie Memorial Tower.

From the Tower, the group headed north keeping to high ground crossing over The Goal, Hill of Couternach, Hill of Balbae, Cairn Leith, Corenachy and finally Cairn of Barns, before descending to the floor of Glen Clova and on to the Hotel for refreshment. There were spells of warm sunshine and a light South westerly wind. Cloud level remained around 2500ft which allowed the group to progress cloud free all day.

The "B" group started their chosen route at the Clova hotel and did a reverse of the final part of the "A" walk. They ascended steeply to the summit of Cairn of Barns and continued South over Corenachy and Drumwhern before joining the "Ministers Path" and descending down into Glen Clova and returning to the starting point at the Hotel for refreshment.

There was a variety of wildlife spotted, most noticeably a heard of around 60/70 Red Deer (mainly Stags), which crossed over very close to the "A" group on Cairn Leith and headed down into Glen Prosen. There were also a large number of Red Grouse spotted and the odd Raven and a Buzzard.