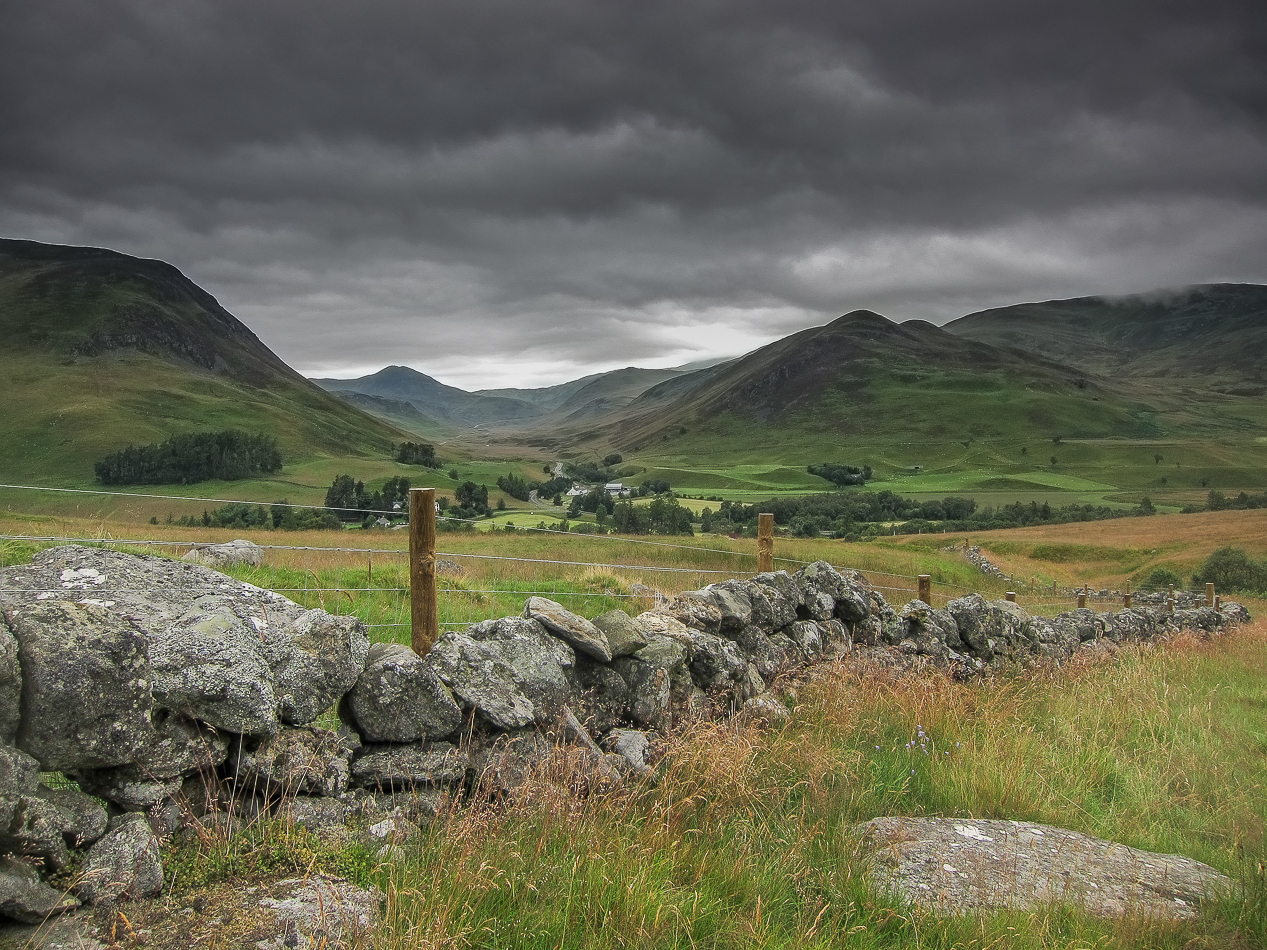 Because of the severe weather warning for the planned walk in Black Mount, an alternative, more local destination was rearranged nearer home and with the prospect of slightly better weather on the East side of the country. The chosen destination was Glenshee and the group left from the Wellmeadow and headed up the glen to the starting point at the Spittal. It is sad to see the remains of what was once a vibrant and busy tourist stopping place reduced to a derelict shell. Hopefully, maybe one day, it can be restored to its former splendour.

The group started by heading West on the Catteran Trail heading into Coire Lairige and rising up to An Lairig. Here they left the Trail and headed into the mist and on to Ben Earb. At this point the weather deteriorated and turned to rain. After the brief cup of tea at the summit the group retraced part of the route and headed North around Coire a' Ghearraig and descended into Glen Lochsie and back to the Spittal.

There was not much Wildlife recorded other that a small heard of Red Deer hinds, which disappeared into the mist, a few small frogs and several Meadow Pipits. Although the weather was not the best, there were fine views into Glenshee and up Glen Lochsie. There was the usual good company and friendly banter and although a shorter than normal walk, at least the Thunder and Lightening forecast for the West was avoided.