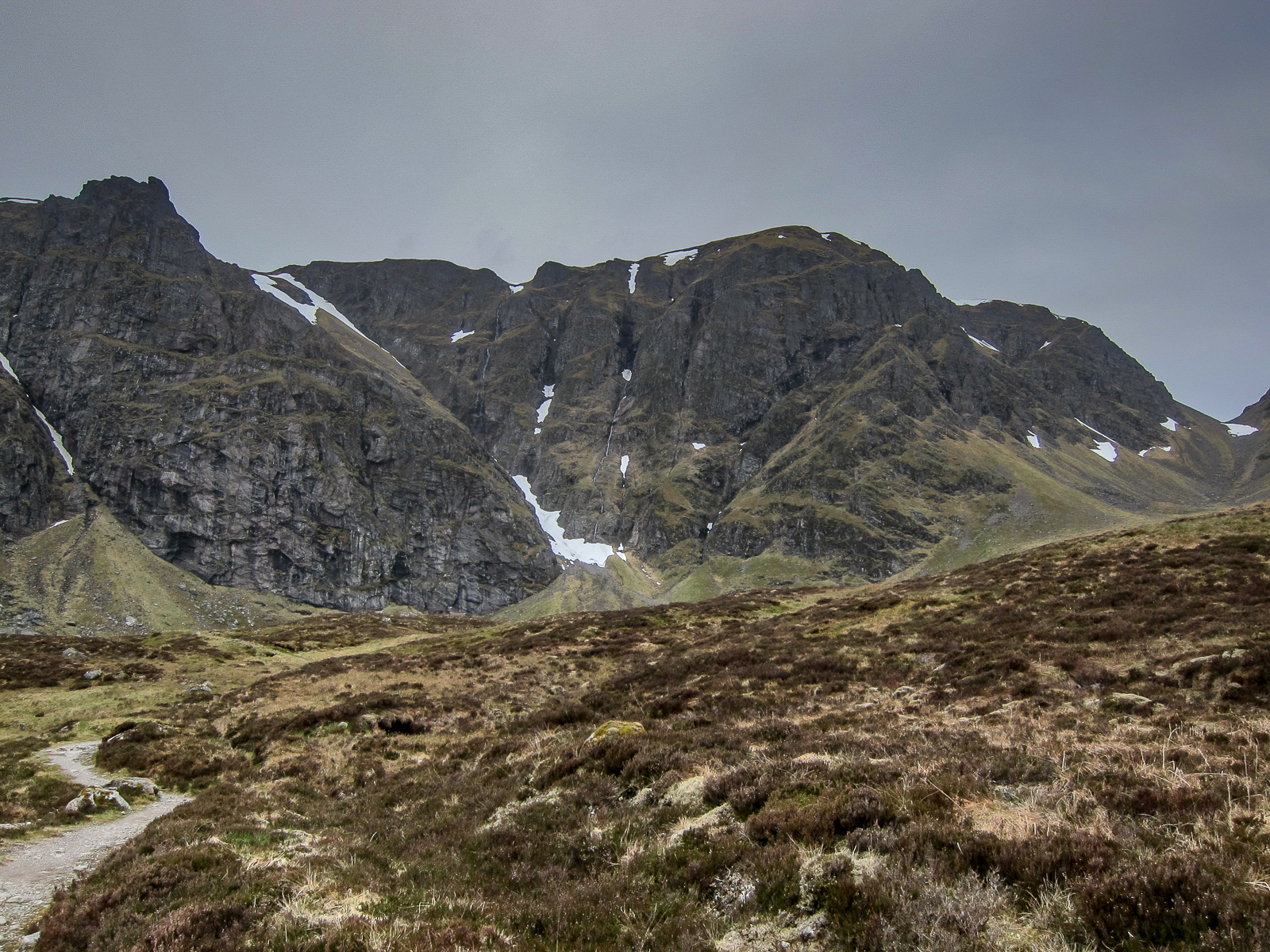 On Sunday 15th May, the Club headed west to Creag Meagaidh for a pleasant day in the hills. Because of various family commitments and ill health the turn out was down a wee bit on what had been hoped for, but there was still a sufficient number to allow for coach transport. All walks commenced from the Visitor Centre car park at Aberarder and headed up past the centre following the track into Coire Ardair. The natural regeneration of Rowan, Birch and Willow is now very apparent and is slowly creeping further and further up Coill a' Choire towards Coire Ardair. The foot path has been well maintained and made for comfortable walking.

The first group soon left the path and climbed steadily heading north to the shoulder of Na Cnapanan and onto Carn Liath. From here they continued on high ground crossing Neall an t-Snaim and Min Choire before dropping down to the valley floor and following the footpath back to the starting point.

The second group continued on the path to reach Lochan a' Coire and then climbed to the Window before turning South and continuing to climb to the summit of Creag Meagaidh. The return route took this group over Puist Coire Ardair and the east ridge back to the valley floor and a return to the start point.

A third and final group also follow the path into Coire Ardair and returned by the same route. This was a more leisurely route, where much time was spent looking for the first of the spring flowers and listening for the variety of bird calls as they passed through the Birch and Rowan saplings. Time was spent at Lochan a' Choire for the picnic lunch before the return journey.

The weather was pleasantly dry but there was cloud cover and a stiff breeze on the tops with significant wind chill. There were still several firm patches of Neve on the upper reaches, and are likely top remain there for some time to come. There was an abundance of wildlife recorded, including Cuckoo's, Ring Ouzels, Red Grouse, a Ptarmigan, a Blackcap, Wheatear's, Meadow pipits and a Raven.