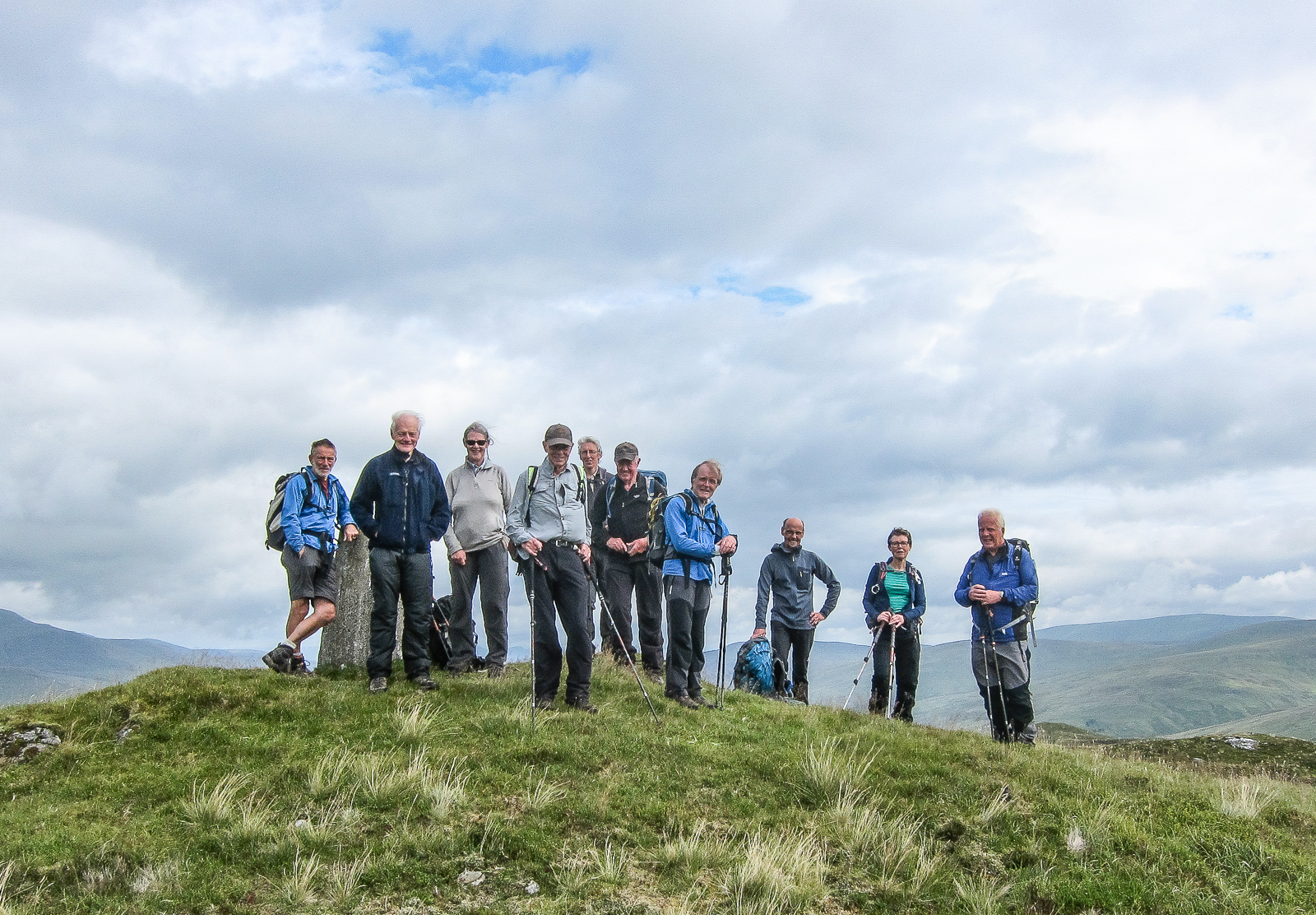 On Sunday, 15th August there was a fair turn out of Members for the Club walk which targeted the "Graham" Creag Gharbh, on the South side of Loch Tay, near Killin. Members travelled to Killin, individually or in family groups, continuing to follow MS guidelines. The walk started in the Village and continued west crossing the bridge at the Falls of Dochart, then veered East following the South Loch Tay road for 1.5km before joining a service road through the forest heading for Lochain Breaclaich Dam, where there was time to stop for morning coffee.

From here the route contoured around the Lochain on a good track, before turning East and heading to the summit of Creag Gharbh a "Graham" on the South side of Loch Tay. From this vantage point, there were splendid views East along the length of Loch Tay, North to the Tarmachan Ridge and the Lawers group, West to Ben Vorlich and South to the Lomond Hills.

The route of descent followed the west ridge back to the Old Quarries above Lochain Breaclaich then a return on the route of ascent. Some members choosing to cross the dam and descend on a slight variation of the ascent route, noted the very low water level in the Lochain.

Although the weather was a bit overcast at the beginning of the walk, conditions improved as the day progressed and eventually the sun broke through and the cloud lifted above the nearby, Ben Lawers. There was not a lot of wildlife noted apart from small frogs and Pipits on the upper hill area and many bog land plants, including a clump of Mountain Dew.

On the return to Killin, some members were tempted by the many coffee shops and stopped to partake of the wares on offer before the journey home from another successful day out.