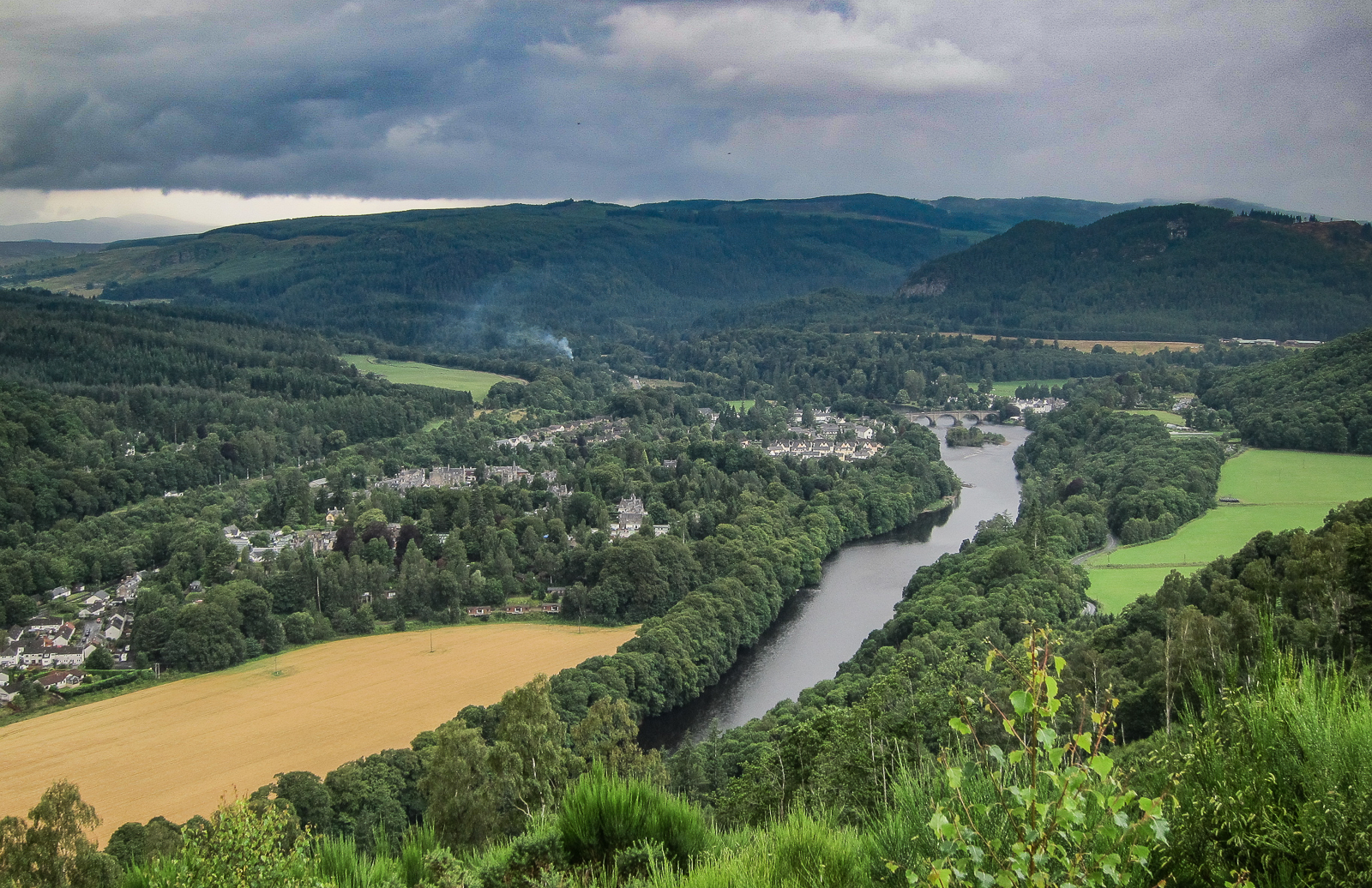 On Saturday 7th August, the Club held their first social event for nearly two years and those who attended enjoyed a splendid walk and first class barbeque. There were two options for walk both starting in Dunkeld and most attendees opting for the longer "A" walk. The walk started with the steep walk up the aptly named Brae Street, in Dunkeld and followed the minor road and then forest tracks on to Newtyle Hill. From the telecommunications mast there were magnificent views over Birnam and up Glen Bran. The route then descended the route of ascent for 1km. then branched off North and East to the Loch of Lowes. From here the walk returned to Dunkeld, skirting around the perimeter of the Golf course and dropping down into the Village.

The weather on the day was somewhat unpredictable and was mostly overcast with one brief shower, which failed to dampen the walkers enthusiasm.

The hosts for the BBQ, Caroline and Robert Lindsay, prepared a magnificent spread and the raised elevation of their front garden overlooking Dunkeld, made an ideal setting for the Clubs long awaited social event. Previously planned for August 2020 this event was a long time in the planning, but members Kerry Lindsay and Evelyn Menzies made the wait so worthwhile.

The Club are indebted to Caroline and Robert and would like to put on record our grateful thanks to our hosts, for their generosity, their hospitality and the warm welcome extended to their guests.