Back to Bonny Glenshee 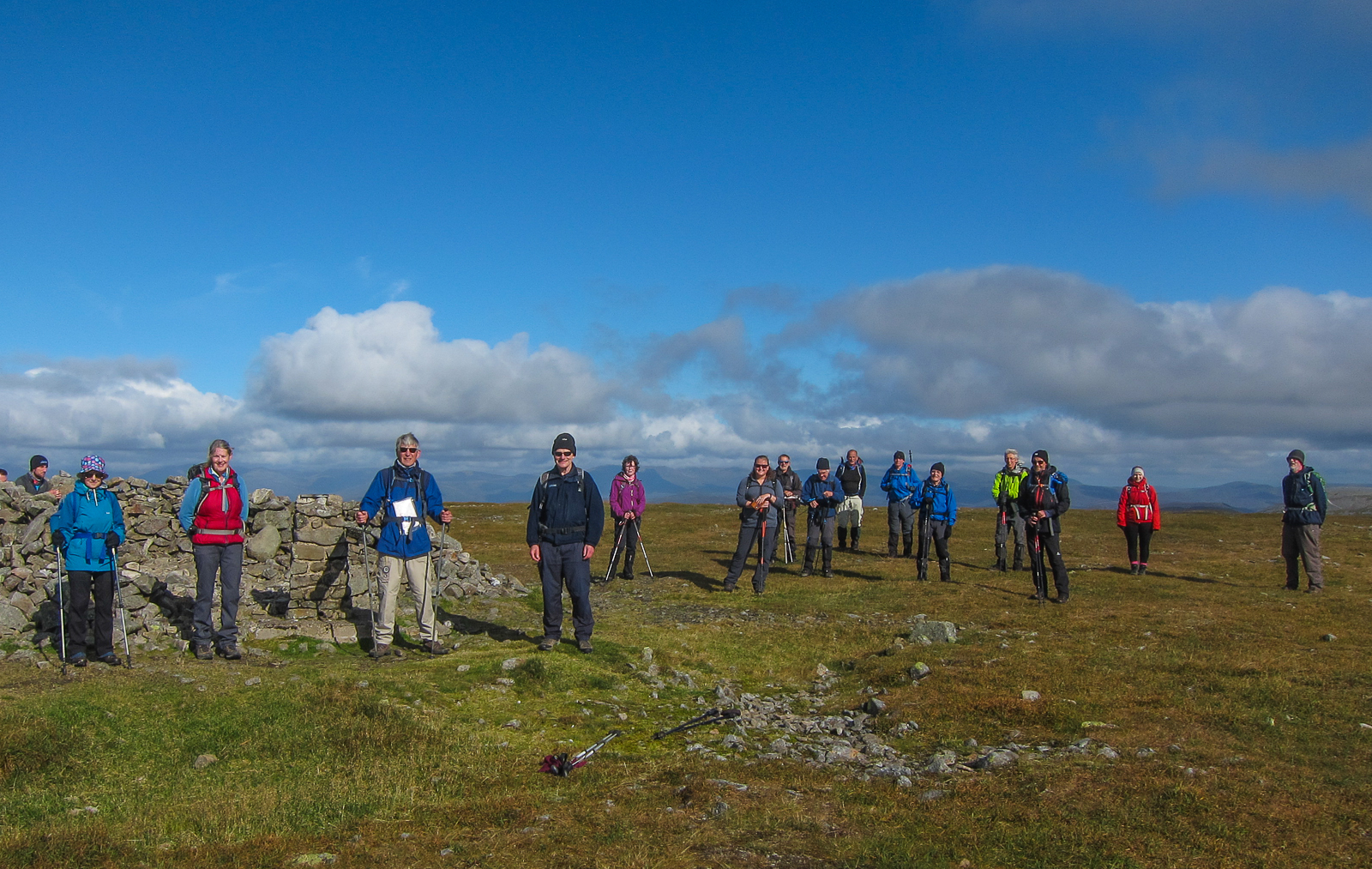 In similar fashion to the previous walk, once again all members had received a Risk Assessment prior to attending the walk and the same guidelines were issued. The group arrived at the Ski centre carpark with members traveling independently, except for family members who travelled together. On this walk "A" group and "B" group members arrived 15 minutes apart to alleviate congestion at the starting point. On arriving social distancing was observed and a brief welcome to all was extended from the President. Members split into three main groups with sub divisions to comply with Covid 19 Scottish Government advise.

The first of these groups travelled a further 3km beyond the Cairnwell carpark, and after careful parking, in this busy area started their chosen route following the Allt a' Gharbh-choire Eastwards through spectacular scenery and a picturesque waterfall on the burn. Continuing to higher ground and a steepening climb, the group soon reached the summit of Carn an Tuirc. Continuing South and skirting around Cul Riabhach the group then arrived at the summit on Cairn of Claise. The return route to the starting point was a reverse of the ascent route.

The second group started from the Ski centre carpark and headed East, sharply climbing over Meall Odhar and on to the Summit of Glas Maol. At this point "A" and "B" groups briefly met on the summit. From here this group left the summit heading South over grassy slopes at first and later over rock strewn slopes to reach Creag Leacach. Time for a lunch stop and take in the magnificent clear views in every direction before retracing steps, traversing around Glas Maol and back to the starting point.

The third and final group followed the same route to the summit of Glas Maol and then departed Northwards skirting around Glas Choire to reach Cairn of Claise. From here they continued North and West to Carn an Tuirc and descended to the Allt a' Gharbh-choire and the A93. Taking care to avoid the very busy road the group followed the road back to the Ski Centre and their transport.

All walks enjoyed near perfect conditions, no precipitation, excellent visibility and cloud free hills in all directions. Views were extended as far as Mt Keen to the East, many of the Cairngorms to the North, Beinn a Ghlo to the west, and beyond the Lomond's to the South.